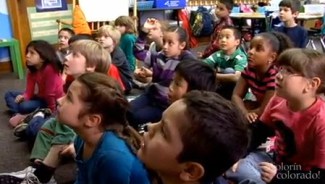 In this blog post written for Colorín Colorado, Rhode Island administrator and WIDA trainer Julie Motta walks through a read-aloud activity for first grade and highlights how she engaged the students with the story, brought in content-area connections, and included informal assessment to check comprehension. She also outlines the standards related to the activity. To see more from Julie, take a look at her previous blog post focused on making curriculum units aligned to the Common Core accessible for ELLs!

Getting Back to the Classroom

Although I have been out of the classroom for a while as I have taken on more responsibilities as a central office administrator in Rhode Island, the best parts of my job remain spending time with students inside their busy classrooms and working with their teachers to continually advance their craft, especially in the multifaceted task of implementing the Common Core State Standards (CCSS) with ELLs.

This past spring, I was in a classroom reading to eager first graders sitting attentively on their alphabet rug during Reading Week. The theme of the week was "Read around the World." The class had been hearing stories based on different cultures, so to go along with the theme, I chose a multicultural story entitled Let's Eat by Ana Zamarano. With just this simple read aloud, I was able to work on the WIDA English Language Development ELA, Math, and Science Standards while I addressed the CCSS in Reading, Speaking & Listening, and Math. The activity reminded me that many of the things that I do naturally as an ESL teacher are effective for all students, and that they also are great strategies to use in implementation of the Common Core. A table of the standards I worked with is listed below.

Reading the Story Together 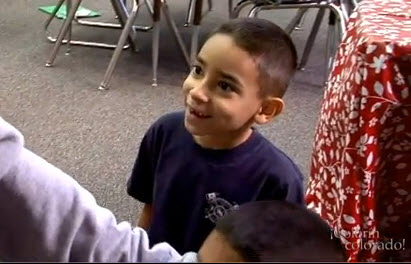 Before I read the story, I built background with students by asking them about the make-up of their families and the ways they gathered for meals. This got them interested in the family whom we would read about. I charged them with making comparisons and contradictions to their own family practices as their purpose of listening intently.

As I read the story, the children listened carefully. They made predictions and answered my questions. Some questions that I asked were:

Once we finished the story, I used prompts for student discussion, such as:

Turn and talk to you elbow partner about why you think having dinner together is so important in this family. Be sure to use some words from the story to prove your idea is a good one.

I required them to provide me with evidence from the story to back up their thinking. I insisted that they give responses in complete sentences, using sentence frames with those who needed a bit of scaffolding.

In addition to our discussion of the text, the children studied the watercolor illustrations, and we used these illustrations to do some grade level math, adding and subtracting members of the family who disappeared and then reappeared on each page of the story. Later they would write number stories using the characters names during their math instructional block.

One student also explained how the class had been given a chance to use watercolor paints in art class. If I had been in the school for a longer period of time, I would have followed up with the art teacher to ask her to use the book to discuss the illustrator's purpose for using watercolors so that the children could do some deeper analysis, thus promoting shared responsibility for assisting students with meeting rigorous content standards. Additionally, if I'd had the chance, I also would have picked some additional books about families and had the children study the illustrations to compare their artistic components in exhibiting families.

As each food that was mentioned in the story was described, I used Google images of the actual foods to match the descriptions. This led us to an in-depth discussion of healthy foods, and the students were able to make connections to what they had been learning about in health class where they had been listening to informational texts around healthy foods, another chance to promote the shared responsibility mentioned above. This was another opportunity for comparing the foods in the story to those that the children ate with their families on a regular basis and to analyze how healthy they were in comparison to the foods in the story.

The children actively participated as the story continued, repeating a phrase from the book that was stated in both English (What a pity!) and Spanish (¡Ay qué pena!), expressions that Mamá used when a family member was not at the dinner table. We talked about why the author would have chosen to use these phrases repeatedly throughout the text.

I had students self-assess using a listening and speaking rubric based on the WIDA performance definitions. They rated themselves on a scale of 1-5 using the sentences here to assess their own listening:

For speaking, they used these sentences:

I suggested following up with a writing prompt that the students could find success with. An example I gave as a suggestion was: Write (a specific number of words, phrases or sentences – based on varying proficiency levels of individual students) that explains why dinner time was so important to the mom in this story. Be sure to find (insert a number) reasons in the story that show that your idea is correct. A word bank would be provided with the prompt as well as incomplete sentences with some words missing that students with the least proficiency could fill in.

Finally, I was able to use this opportunity for the benefit of the teacher who had invited me as a guest to her classroom. I worked hard to model by:

The Luckiest Teacher in the World

During this lesson, I realized that implementing the Common Core with ELLs does not have to be as difficult as I had originally thought – and that a lot of what I learned how to do as an ESL teacher supports the Common Core beautifully. At the conclusion of the story, I explained to the students in this classroom that I had taught children who had just moved to the US from all over the world. I told them that I taught those children to speak English, and I named the many countries they had come from. One darling little boy squealed, "Mrs. Motta, you were the luckiest teacher in the world!" And indeed, he was absolutely correct – I was! And whether in my classroom with my ELLs or sitting on this rug in a mainstream grade-one classroom, I was providing my students with rigorous content knowledge as they acquired rich academic vocabulary in the English language. The students may have had differing needs, but the high-quality instruction was the same in both instances. 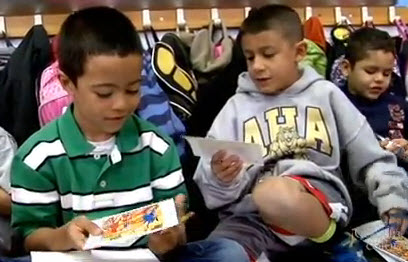 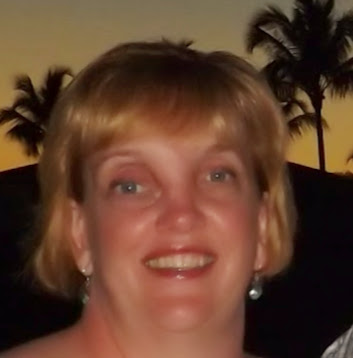 Julie Motta is the Assistant Superintendent of the East Providence School District in Rhode Island. Formerly the ESL Director of Pawtucket Schools, she is also a WIDA trainer and an adjunct college professor at Rhode Island College and Providence College, where she has taught courses in Second Language Acquisition, Curriculum and Methods, Social Issues, and Culturally Responsive Teaching.