Culture and Writing for ELLs in the CCSS (Part 2) 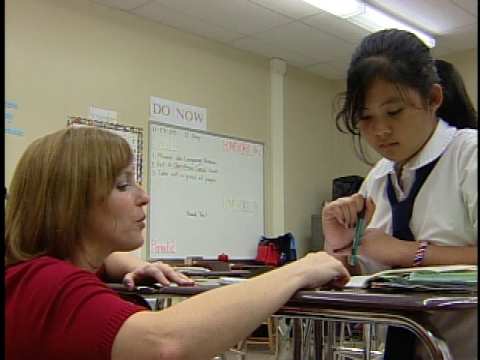 I'm finding that as I write my posts, my original ideas morph into unexpected topics. While preparing last week's post on ELL writing considerations in the Common Core, I was struck by the fact that the intersection of culture and writing is not explicitly addressed in the CCSS, even though the authors consider the ability to understand other cultures an important part of "college- and career-readiness."

So, this week I'll share some ways in which students' culture might impact writing within the CCSS framework. Since writing is such a meaty topic, I'll follow up next week with some concrete examples of CCSS-based writing instruction for ELLs. (As you may remember, the TESOL convening on the role of the ESL teacher in the CCSS called for more practical examples of what CCSS-based instruction for ELLs can look like, so I'll continue to give you as much practical information as I can offer through this blog.)

Influence of Culture on ELLs' Writing

As teachers of ELLs are usually aware, ELLs' cultures tend to impact all facets of their academic experience. Often, ELLs must straddle two cultures – that of the home and the school - that can be in conflict with each other. For me, that ability to navigate the expectations of two cultures is one of ELLs' amazing strengths. Even ELLs born in the United States (the majority of ELLs) are influenced by their home culture and carry this "cultural suitcase" with them to school. 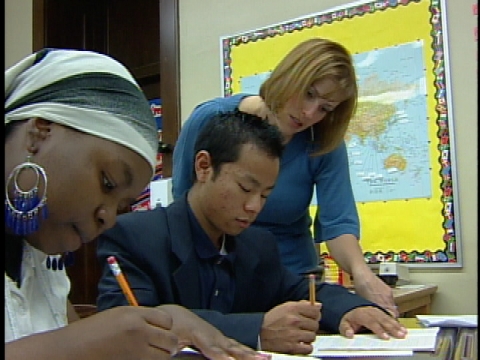 Unbeknownst to many teachers, however, ELLs' cultures also influence their writing as well, just as students' first language may influence their acquisition of English. This study of how the first language may influence the second is a field of study known as contrastive linguistics. The influence of first language on ELLs' writing is often easy to spot, manifesting itself in word choice, grammatical structure, and organizational patterns. The influence of culture is not as obvious, and with the new writing demands of the CCSS, it's important that all educators of ELLs be aware of the ways in which students' cultures may impact their writing and permeate different aspects of this productive skill.

First, let me provide some quick background on the study of writing and culture, known in academic circles as contrastive rhetoric. This field was born in the 1960s with a study by Robert Kaplan about cultural thought patterns and seeks to explore and understand similarities and differences in writing across cultures. Researchers in contrastive rhetoric have explained differences in written communication as often stemming from multiple sources including first language, culture, first language educational background, characteristics of the writing genre, and mismatched expectations between readers and writers.

In order for all teachers of ELLs to be aware of the influence of language and culture on writing, they need to understand salient features of their students’ home languages and cultures in order to recognize how these features may influence writing. They also need to find ways to teach writing that honor ELLs’ culture and language while supporting them to achieve the demands of the CCSS writing standards in English. That’s not an easy charge by any means!

The Common Core's Appendix A  provides teachers some insight as to which of the three writing text types is posed to present the most significant change for instruction. It provides the most detail about argumentative texts, and it states that the standards "put particular emphasis on students' ability to write sound arguments on substantive topics and issues, as this ability is critical to college and career readiness." One facet of argumentative writing is that it is a "reasoned, logical way of demonstrating the writer's position, belief, or conclusion is valid."

In reflecting on this last statement, I couldn’t get past how my definition of "logical" writing as an ESL teacher used to working with ELLs who represent multiple languages and cultures may vastly differ from that of a teacher who is not accustomed to teaching ELLs. So, I did some digging on the influence of culture on writing and found some interesting research and examples of the differences between how native speakers of Arabic and U.S. English differ in how they present written arguments from a cultural, rather than linguistic, point of view.  Learning more about this population of ELLs is timely, as Arabic ranks as the seventh most popular language spoken by ELLs in the United States. 94% of Arab Americans live in five metropolitan areas: Los Angeles, Detroit, New York/New Jersey, Chicago, and Washington D.C. 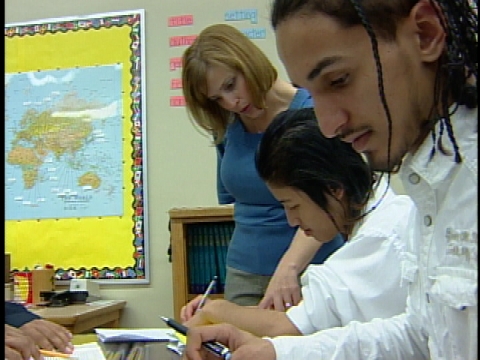 Some research indicates that Arabic speakers tend to argue by presentation. That means that they may present arguments, paraphrase them, and repeat them. Typical Arabic argumentation patterns may be heavy on “through-argumentation,” which means they provide a thesis that is supported, substantiated, and concluded.

On the other hand, Western argumentation is characterized by counterarguments, which means including a thesis that is opposed, a counterclaim that is substantiated, and then concluded. (The CCSS writing standards also require students to develop counterclaims.) Further, more research suggests that Arabic argumentative texts do not tend to present different perspectives. Also, when writing in Arabic, students are not expected to challenge what is socially validated. In addition, two rhetorical patterns of the Arab communicative style are exaggeration and assertion – elements definitely not included in the CCSS writing standards.

What is considered an effective argument in a culture is shaped by the rhetoric of that culture. I wonder how much teachers of Arabic-speaking ELLs know about these cultural differences. Widening the scope a bit, I also question how much teachers of ELLs who represent different cultures are aware of the relationship between culture and writing for all ELLs. I don't think this topic is something we've talked enough about in the field.

Considerations for Teachers of ELLs

As ELL professionals, it's important that we ask how ELLs' cultures will impact the way in which they perform CCSS-related writing tasks, especially how they create argumentative texts. (We also can't forget how they will create narrative and informational/explanatory texts, and I'll focus more on those genres in my next post.) We need to study this area more closely and give some serious thought to how we teach writing to ELLs under the CCSS.

How well do teachers of ELLs really know the linguistic and cultural impact on their students' approach to education in general and writing in particular? What do you think?

For related information, see Patterns of Narrative Discourse:  A Multicultural, Life Span Approach by Allyssa McCabe and Lynn S. Bliss, a useful guide that explores how culture impacts personal narratives with concrete examples from children and adults of all ages.

Note: The photos in this blog post were taken in Michelle Lawrence Biggar's classroom in Buffalo, New York. Michelle was featured in our Watch and Learn video series.

Diane, I learn so much from your posts! Thanks for sharing!
Victor

Reblogged this on <a href="http://broadyesl.wordpress.com/2013/05/21/culture-and-writing-for-ells-i... rel="nofollow">broadyesl</a> and commented:
Important reading for school personnel working with ESL populations

Thanks, Victor and Christel, for your support of the blog!

Very interesting Diane. I am enjoying your blog

As a former English for Academic Purposes (EAP) instructor in South Korea, I appreciated this blog post. It is very important, as an L2 writing instructor, to consider how students' culture is affecting their writing.

The example of Arabic students' writing got me thinking about my Korean students' work. As university freshmen, they were expected to produce well developed and fully cited argumentative essays by the end of their year-long EAP course. What I found when reading and providing feedback on my students' writing was a sense of hesitation on their part to push back against a perceived expert.

For example, in some writing prompts, my students would read letters to the editor on a particular topic, and then respond with their own letter, arguing either in support of or in opposition to the original author. When the letters were written by scientists or professors (perceived experts), my students would tend to write in support of the author's work. Only when I withheld the author's information or provided letters written by students, for example, would they push back and argue in opposition. To be fair, this was not always the case; there were, of course, exceptions, but your blog post got me thinking about the Korean culture and how it may have been affecting my students' writing. In the Korean culture, respect is very important. Patients don't question doctors, students don't question professors. To question them would be to disrespect them.

In American culture it is natural, and generally encouraged, to raise counter-arguments. It is viewed as value added to the conversation. This is only the case in Korea if the two (or more) participants are of the same social standing. Students can push back on other students, but to do so with professors would be culturally inappropriate.