Linda Sue Park, Korean American author of children's fiction, has been an avid reader and writer her entire life. In fact, she began poetry and story writing before kindergarten — at the age of four. Growing up outside of Chicago, one could often find this notorious bookworm grazing the pages of Nancy Drew, Laura Ingalls Wilder, and E. L. Konigsburg. At the age of nine, Park had her first publication — a haiku — in Trailblazer magazine. She received a one dollar check for her hard work, which she gave to her father for Christmas. To this day, the un-cashed check is still framed above his desk.

Park advanced through school with several other publications. She attended Stanford University, where she earned a degree in English and competed on the gymnastics team. Upon graduation, she was a public relations writer for a major oil company. Although it was an outlet to write, she was not satisfied with her profession. However, it taught her how to be more of a professional writer.

Two years later, Linda Sue Park and her future husband packed their bags and moved to Dublin, and later to London. In Europe, she earned advanced degrees in literature at Trinity College and the University of London. Happily married with two children, Park worked at an advertising agency, then became an ESL teacher to college students, and later worked as a food journalist. Throughout her busy life and many job changes, her love of writing flourished.

Park's husband's career relocated the family to the United States, where she continued to teach ESL — something she still does to this day. She also had this great idea of writing her first children's book — Seesaw Girl. Her work mainly focuses on historical fiction. Seesaw Girl, Kite Fighters, A Single Shard (2002 Newbery Medal winner), Project Mulberry, Bee-Bim Bop, and Archer's Quest all delve in to the Korean culture and history — embroidery, kite fighting, celadon pottery, silkworms, and Korean food. 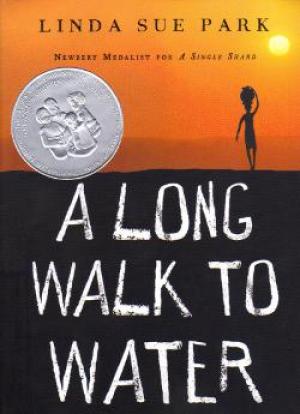 When rebel soldiers attack his village in Sudan, 11-year-old Salva flees the violence, beginning a dangerous walk toward a crowded refugee camp in Ethiopia, then on to new life in Rochester, New York. Meanwhile, 12-year-old Nya spends her days in Sudan looking for scarce supplies of fresh water for her family. Based on the true story of Sudanese "Lost Boys" who came to the U.S. in the mid-1990s. 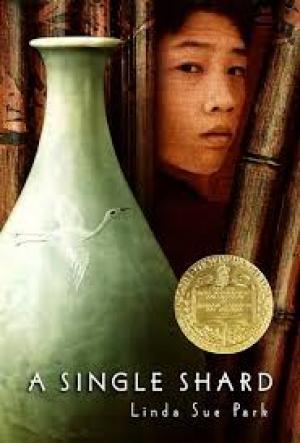 Tree Ear, a homeless orphan, longs to work as a potter, a respected but competitive employment — especially for a boy who lives under a bridge. Set in 12th century Korea, this Newbery Medal winning novel is as relevant as if it were taking place today. 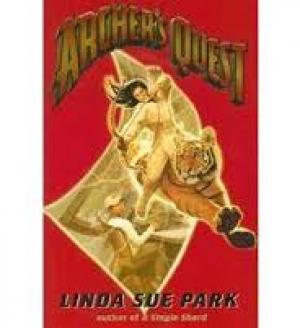 Chu-Mong, legendary leader of ancient Korea, suddenly appears — in the flesh! — in 12-year old Kevin's bedroom in his contemporary Dorcester, New York, home. Humor and tension build as ancient and modern come together in order to get Chu-Mong back to his own time and to take his rightful place in history. 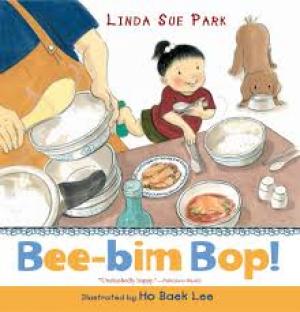 What's better than just eating a favorite dish? Anticipating it while preparing it, of course! Rhythmic, rhyming language and playful illustrations capture the joy of making this special Korean dish — and the joy of sharing it.
Country of origin: Korea 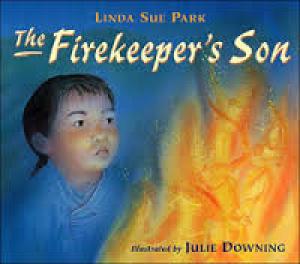 When Sang-Hee's father cannot send the signal that no enemies are in sight, Sang-Hee must get the coals to light the fire on the mountaintop. Based on an actual signal system used in 19th century Korea, illustrations and fluid text create a riveting story that enlivens history. An author's note provides more detail. Watch Park read an excerpt in our Meet the Author interview with her! 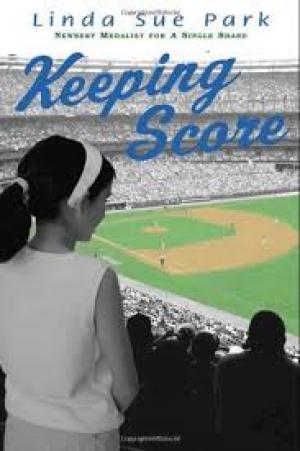 Nine year old Dodgers fan Maggie and firefighter Jim bond over their mutual love of baseball. When Jim is drafted and returns from Korea traumatized and barely responsive, Maggie is determined to bring him back to his old self. A sensitive and artful work about grief and hope. 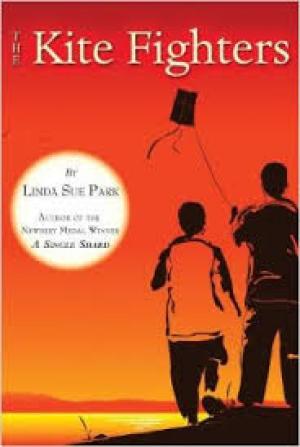 It takes great skill to be a kite fighter as Kee-sup and Young-sup know well. The brothers have different talents; the older boy makes kites easily while Young-sup flies them with a sure hand. Loyalty, tradition and rivalry between the boys are themes in this riveting novel set in 15th century Korea. 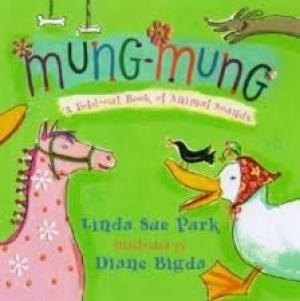 Do animals say the same things world over? Readers find out when they fold out flaps that people around the world hear different sounds when animals speak. Playful illustrations in an engaging format introduce young children to different ways of expression and the various ways animal sounds are interpreted in these companion books. 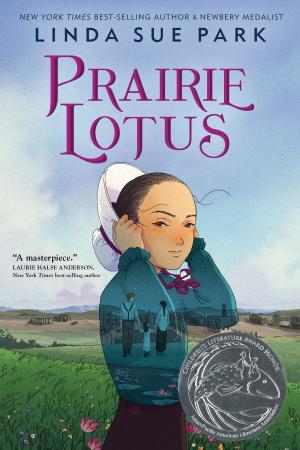 By: Linda Sue Park
Age Level: Middle Grade (9-14)
Prairie Lotus is a powerful, touching, multilayered book about a girl determined to fit in and realize her dreams: getting an education, becoming a dressmaker in her father’s shop, and making at least one friend. Acclaimed, award-winning author Linda Sue Park has placed a young half-Asian girl, Hanna, in a small town in America’s heartland, in 1880. Hanna’s adjustment to her new surroundings, which primarily means negotiating the townspeople’s almost unanimous prejudice against Asians, is at the heart of the story. 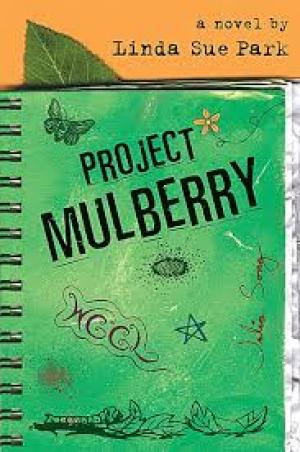 Free spirited Julia and her inquisitive friend Patrick are raising silk worms for the county fair — a project that's a little too 'Korean' for all-American Julia's tastes. The story, heavily influenced by first-generation American Park's youth, is framed by entertaining 'conversations' between author and protagonist. A fun and funny story about prejudice, acceptance, and how to find a good source of Mulberry leaves.