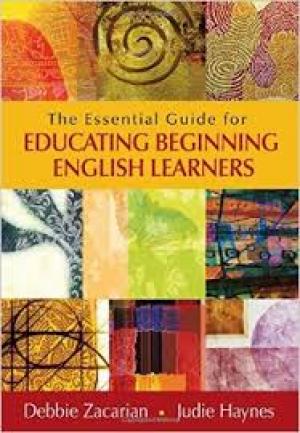 In this excerpt from The Essential Guide for Educating Beginning English Learners, Debbie Zacarian and Judie Haynes provide an overview of some of the challenges that newcomer ELLs must overcome, including limited schooling, trauma, and poverty.

This piece will serve as an excellent overview for educators who are just starting their work with newcomers, refugees, and students with interrupted formal education.

For additional information, see our resource section on refugees as well as our complete Meet the Expert interview with Debbie Zacarian.

ELs with less formal educational and literacy experiences manifest themselves in various ways. One particular challenge in U.S. schools is a student with limited or interrupted prior formal education, commonly referred to as SLIFE. Drawing from DeCapua and Marshall (2011), we describe these students in three ways:

Layered on the top of the complexities of working with students with varied literacy backgrounds are students who have experienced significant trauma in their lives. This could be due to war, natural disaster, dramatic poverty, or other major impacting stressors. Students who have these experiences represent all levels of the literacy spectrum. However, the traumatic disruption that they have experienced is significantly distinct from what would have been typical to their development. Behaviors ranging from impulsivity to hypervigilance are not unusual because students have lived or are living in a tumultuous setting and respond to trauma in a range of ways (Craig, 2008). A child who experienced the tsunami in Japan and lost his parents and other family members may be more likely to come from a literacy-oriented home than would children who experienced the earthquake in Haiti. Children from these two disaster areas who enter the United States will have educational needs that are quite different even though they share the horrific disruptive experience of a natural disaster.

ELs from traumatic backgrounds may also come from a variety of African countries where genocide interrupted their schooling for many yearsâ€”if it was available at all. Trauma is an integral part of their lives and deeply affects their capacity to learn and develop socially and emotionally in the way that students do when they have not experienced these disruptions. Because trauma is so relevant, we devote Chapter 8 to this important topic.

The figure below illustrates the overlap of trauma of the diverse population of ELs.

An important distinction among ELs in relation to the total population of American public school students is that so many live in poverty. Indeed, almost 70% of all ELs in the United States live 200% below the poverty level ("A Distinct Population," 2009; Goldenberg & Coleman, 2010). Unlike peers whose families have more economic opportunities, ELs are among the poorest in our nation's schools.

According to educational researcher Diane Ravitch (2011), there is already an achievement gap when children enter kindergarten. Students who live in poverty have diminished chances of succeeding in school. While there is a correlation between the level of poverty and literacy and numeracy (Denny, 2002), we have to consider what this means in context. In the case of students living in poverty and in contexts where literacy behaviors are not practiced, exposure to literacy and numeracy practices are more dependent on what occurs in school than in the case of peers who come from homes in which literacy behaviors are practiced. However, as we discuss this book, we view all students as having many rich assets that can and should be honored and valued by their teachers. This can only occur when teachers have a deep understanding of their students and draw from their students' resources in the planning and delivery of instruction. To discuss this further requires that we look more closely at the language we have used to describe ELs from different literacy experiences.

Gonzalez, Moll, and Amanti (2005) describe all people as having important funds of knowledge. In this book, we offer many examples of how teachers can create an asset-based model that draws from these funds. An asset-based ideology of teaching occurs when instruction is deeply connected to our students, their families and their communities.

While all ELs need cultural sensitivity and effective and well developed programming to learn English and academic matters, students from families with limited formal education and literacy must be provided with programming that pays focused and intentional attention to literacy behavior development so that ELs from this group may develop these critical practices.

Another difference among ELs entering our schools is that some are from individualistic cultures and others collectivistic cultures. In the former, individual rights supersede duty to one's family, clan, ethnic group, or nation. In general, members of the dominant U.S. culture believe that children should be raised to think and judge independently. The goal of education is to have children learn to think like adults when they are still children. Children's efforts to think and use their independent thinking skills are praised and rewarded. Their wants, needs, and desires are often viewed as of primary concern in the family.

Many ELs come from collectivistic cultures in which the good of the individual is sacrificed to the good of the group. A person's moral worth is judged by how much he or she sacrifices himself to the group. Students from this type of culture work best when they can form a relationship with the group. They are we rather than I oriented. These factors are urgently important for all teachers and administrators to know.

Fundamentally, how ELs are welcomed into our schools and the instruction they receive greatly determine their success in school. As educators, we have to be powerfully dedicated to understanding the backgrounds of our diverse populations of ELs, including those (1) who are academic language learners and do not yet possess the literacy skills that they need to succeed in school, (2) who are from polychromic cultures, (3) who have experienced trauma and violence, and/or (4) who are living in poverty.

Schools in the United States are basically developed around the idea that students will be from literacy-based cultures. As a group, teachers in the United States are predominately white, middle class, and female (Honawar, 2009; Ladson-Billings, 1995; Zeichner & Hoeft, 1996). We know what to do with students who come from this background. However, there is a mismatch between the linguistically and culturally diverse students who are actually sitting in classrooms and the teachers who teach them. This mismatch may occur even if schools hire teachers who come from diverse backgrounds but who come from literacyoriented homes.

One of the primary problems for children with these diverse experiences is that their programming is often not tailored to their needs (Zacarian, 2011). As opposed to carefully considering the significant needs of students from these diverse backgrounds, English proficiency is the only factor that is considered. Beginning-level learners pose a particular problem because many perceive that their primary need is to be able to converse socially in English and that, once this occurs, learning in an academic setting will follow.

For schools to create an optimal learning environment for beginning level ELs, we believe that certain fundamental elements must be included. The first is that schools must identify who their ELs are according to the information we have provided in this chapter:

Regardless of a child's prior literacy or life experiences (traumatic or not), socioeconomic status, and/or beliefs about individualism or collectivism, schools must provide an appropriate intake procedure and develop an asset-based model of programming.

Knowing that most educators are white, middle class, and possessing little experience with or training in teaching beginning ELs (Ladson-Billings, 1995; Zeichner & Hoeft, 1996), we approach this issue with the belief that we can provide programming that fits the needs of this dynamically growing population with specific strategies that will support the success of all students.

Before starting with a new group of students, for better treatment, teachers should know all of these discussed here in this article along with somethings more for effective teaching. Quality and fruitful teaching takes place when the teachers know every details of the learners. It's like treatment of the patients. If the doctors identify the causes of the particular illness properly without fail, they treat the patients with exact medication. Same is with the teachers.