Colorín Colorado celebrates family traditions and the rich diversity of Asian and Pacific Americans with books, activities, and a variety of resources and ideas for ELL educators.

These booklists celebrate the wonderfully diverse cultures of the Asian Pacific. They also reflect the resilience of Asian Pacific Americans who have made this country their home even in the most difficult of circumstances. 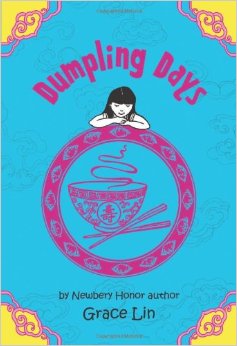 Numerous books featuring Asian Americans have been published in the last few years, including several Printz and Newbery winners. These titles for students in grades 4-12 explore Asian American identity and experience through historical fiction, contemporary essays and novels, and graphic novels.

With more land, people, and voices than any other continent, Asia has an especially colorful literary presence. Explore these resonant folktales, heartbreaking immigrant stories, and luscious emotional landscapes. Both picture and chapter books are included.

Building Bridges: An Interview with a Chinese Educator of ELLs

Originally from China, Xiao-lin Yin-Croft learned English as an adult and now helps young Chinese students in the U.S. bridge the cultural and language gap that they face from an early age. In this interview, Xiao-lin shares her experiences coming of age as a student in China's Cultural Revolution, and describes the strategies she uses to help her students develop the language skills they need to succeed in the U.S.

From the Classroom: Working with Chinese ELLs

Xiao-lin Yin-Croft offers some insight on Chinese immigrant communities in the U.S. and how cultural influences shape Chinese students' experiences in the classroom. She also offers some ideas about outreach to Chinese parents and describes some particular nuances that Chinese students struggle with when learning English, including details of pronunciation, grammar, and language usage.

Our parent reading tip sheets are available in 11 languages, including Chinese, Korean, Vietnamese, Tagalog, and Hmong!

These reports focus on educational trends, opportunities, and challenges documented within the Asian Pacific population.  Topics include the "model minority" myth and how to support the academic and linguistic needs of diverse groups of Asian Pacific students.

Changes in the Deferred Action for Childhood Arrivals (DACA) immigration policy would have an impact on a wide range of groups served by K-12 schools and higher education, including: students in high school, college, and graduate school; young professionals, including thousands of teachers working across the country; and children whose parents and older siblings may be affected.

The undocumented population of the U.S. includes immigrants from around the world. Many of those individuals are advocating for more visibility in conversations about immigration. Here are some resources that highlight that diversity:

Learn more about the resources that organizations such as the Smithsonian Institution and PBS are offering for Asian Pacific
American Heritage Month.