Partnering with Immigrant Families During COVID-19: Lessons Learned from a Community School 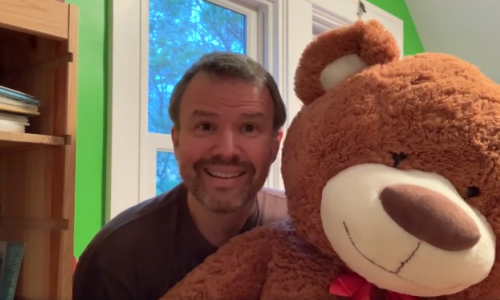 Learn how a community school in Baltimore, Maryland is tackling the challenges of COVID-19 head on through effective partnerships, communication, and problem-solving.

Wolfe Street Academy is a community school in Baltimore, Maryland whose students are predominantly English learners. Nearly all of the students come from low-income households, and a number of families at the school speak Mixtec, an indigenous language from Mexico.

As a community school, Wolfe Street has developed strong partnerships with families and community partners alike over many years. Those partnerships have provided a lifeline during COVID-19, helping families stay up to date on information coming from the school and giving them access to vital resources, support, and services during this crisis.

We asked Wolfe Street to share some of their lessons learned so far, including things that have worked and things that didn't. Highlights follow from Leah Beachley, Wolfe Street's After-School Director. Ms. Beachley, who is trained as a social worker, served as the Community School Coordinator during the spring and played a critical role in communicating with families.

You can also learn more about Wolfe Street in this Colorín Colorado video produced in partnership with the American Federation of Teachers.

Building relationships based on trust

Strong family partnerships are a cornerstone of the Wolfe Street community. Before COVID-19, the school held a daily morning meeting in the school's small cafeteria. Numerous families packed into the room and lined the walls before the start of school each morning, as Principal Gaither and a bilingual parent liaison led the meeting.

In addition, the school has worked closely with community partners for a number of years to offer services and support around food security, medical and dental care, mental health, and immigration issues. The school has earned high levels of trust from its families, including those who are undocumented.

Those strong relationships have paid off during the pandemic. For example, when some undocumented parents who worked in Baltimore restaurants were let go, they turned to Wolfe Street.

Ms. Beachley worked with the families to help them fill out applications for food benefits and look for other sources of economic relief to help pay bills. While some of these families (both documented and undocumented) had been reluctant to apply for food benefits due to recent immigration policy changes around the public charge rule, the need for that assistance became too great when they lost their jobs.

The school's local community group, the Upper Fells Point Improvement Association, also collected donations to ensure that families could continue receiving the weekly fresh produce they were receiving before COVID. What had been a school pick-up for 25 families became a delivery to 100 families in the neighborhood, organized with the help of volunteers.

At the same time, COVID-19 has hit Baltimore's Latino community hard. In many places, immigrants have been reluctant to report symptoms or seek care out of fear of immigration enforcement and costs of medical care. At Wolfe Street, however, many families have had access to good medical care regardless of immigration status due to strong partnerships with Johns Hopkins University, among other health partners. (Another indication of their trust in the school was that when families first developed symptoms of COVID-19, they first called Ms. Beachley, who would immediately refer them to a COVID-19 hotline and remind them that she was unqualified to provide any medical advice.)

Another key area that has made a difference during the pandemic is communication. Not only has communication been regularly going out in families' languages in multiple formats, but the schools knows:

For example, keeping in close touch with families has allowed the school to identify which members of the household speak both Mixtec and Spanish in order to facilitate communication. This strong communication also allows schools to tap into families' strong networks with each other. Ms. Beachley notes that many of the PTA officers are bilingual in Mixtec and Spanish, which has been a big support for Mixtec-speaking families.

The school also has learned that most families have cell phones and prefer to communicate with their phones, as opposed to email. (According to Ms. Beachley, these are often prepaid phones, so phone numbers do change; this is why it’s critical to remind families to update their contact information regularly.) Many of the families text with WhatsApp or use Facebook Messenger. They also participate in a large number of texting groups among themselves.

Sending quick messages has also to be proven successful, whether by text, voice memo, or Facebook Messenger. Photos or brief videos have also worked well. And when there is an important announcement, she will use a screenshot of Principal Gaither to get their attention.

Ms. Beachley notes, "One great tool for communicating with families has been Facebook Messenger. I have created a 'professional' Facebook page associated with the school's Facebook page...It does not require a phone number, so I can still get in touch with families even if their pre-paid number changes. [And] I can send voice memos, use the 'voice call' function, and exchange screen shots for tech support." 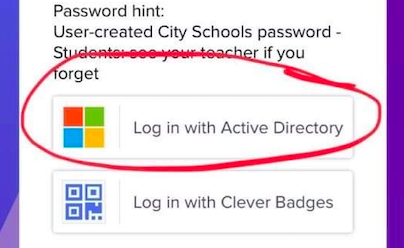 When it comes to distance learning, the school has learned a number of lessons so far, including the following:

The school has also learned quite a bit about the challenges of expanding internet access. For example:

One of the innovative solutions the school has tried is providing devices with data to improve digital access, made possible by a donation to the school. Ms. Beachley notes that this idea came from the PTA. According to Ms. Beachley, "The PTA officer team was pivotal in problem-solving around the issue of internet access. It was the PTA officers who suggested the idea of getting the tablets with data on them as a solution for the families who could not access Wifi due to barriers with registered housing. The PTA officers also helped navigate tech support with families."

The school piloted the devices idea during their summer tutoring program with 17 students. While they improved access, the school realized that training and tech support were also critical; technology alone would not increase access to learning.

According to Ms. Beachley, "Our biggest 'lesson learned' is that the support at home is more crucial than addressing barriers such as lack of access to the internet or devices. We thought the tablets would be a silver bullet and that with them, we were removing all the barriers that our families reported as reasons for their lack of engagement in online learning. However, we still had a couple of families who received the tablets with data and never participated in online tutoring."

Based on that experience, the school is planning to partner more closely with families this coming year in two key areas:

Ms. Beachley says, "The social work team at Wolfe Street is going to spend time in August and during the school year developing and hosting parent sessions over Zoom that will provide training for how to use online platforms such as Google Classrooms, Clever, and Zoom.

"We will also host virtual discussions with parents about how to create a home environment that is conducive to learning...We realized that we spent so much time in the spring addressing barriers to learning that we forgot about our equal partnership with parents."

As the school prepares for the coming year, another key priority will be how to best serve the social-emotional needs of their students. According to Ms. Beachley, the social work team is planning to rotate through the online 'classrooms' to facilitate weekly community-building circles with the students and teachers.

"This school year, each class will have a daily class meeting via video call so that the students and staff have an opportunity to connect," she said. "We are hoping that this will provide a space for the students to discuss some of the challenges that might be coming up for them during the time that they are at home and to support one another."